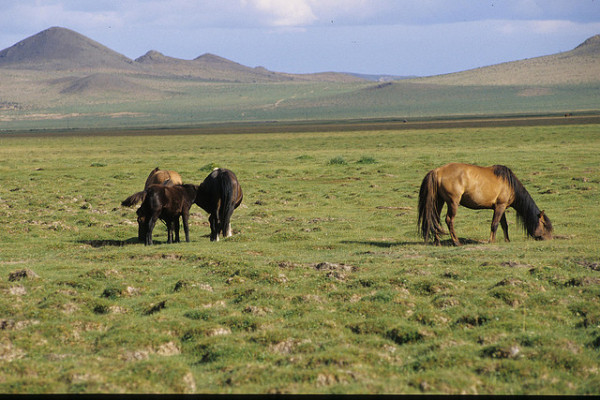 Destination: Mongolia and a road trip around the World

. The personal accounts of a motorcycle tour around the world by two actors, Ewan McGregor and Charley Boorman, is always in the back of my mind no matter where I am. Their trip from London to New York, the long way around (literally), reignited my love of the road and made me focus on how I reach each destination, instead of just trying to get there the most efficient way possible.

It is their leg in Mongolia that particularly inspired me and I’ve been longing for the roads there ever since. So many destinations have gotten in between, but one day, sooner rather than later, I’ll take to the roads of Mongolia, with two motorized wheels beneath me. It’s in Mongolia where both riders write they realized what traveling can and has been for many years. A road ahead, behind, and underneath. We often complicate and glamorize travel without realizing it and the book is one that many travelers can identify with.

Long Ways Round itself isn’t particularly well written and is essentially a collection of journal entries about the hardships of the trip, observations of the cultures the two riders come across, and their feelings as they ride for hours on end, often not seeing a soul. One of their motorcycles breaks down in Mongolia, the only witness to the act being a young boy on a horse in the distance. He rides off and isn’t seen again for more than an hour and the two actors feel stranded and lost.

It’s a short time after – just as desperation begins to set in — that they see the boy again, along with a few others who’ve come to help. With no common language in between and few spoken words ever exchanged, the right replacement parts are found and the bikes repaired – it’s all part of the nomadic life. McGregor and Boorman describe how pure they felt riding on their bikes in Mongolia and how they wish it could continue even as they made their way to the border and on again.

These moments in travel are fleeting, short flashes we might be lucky to see on the longest trip. Traveling is cluttered in planning, dealing with reservations, and only small sections of the journey that take you back to when traveling was the way of life and the road was your friend, not your enemy. Long Way Round made me feel like those moments could be extended, just a little bit, driving across Mongolia on the modern equivalent of horseback.

Anil Polat is a traveler and travel enthusiast who has spent his entire life traveling, studying cultures, and picking up tricks along the way. He writes foXnoMad to help you travel smarter.

Huge thanks to the very busy Anil for writing this inspiring piece. Please take a look at foXnoMad, a multiple-pronged travel site with loads of practical information. Once there, you’ll learn about two OTHER sites he produces. Whew!

I included a link to Amazon for Long Way Round, the book, but you may not know that it started with a TV travel show. That show and two others are collected in a DVD package, and here’s a link to that. Long Way Round Collection (Long Way Round / Long Way Down / Race to Dakar)

All links to Amazon are affiliate links, which means by shopping this way, you support A Traveler’s Library, even though it costs you no more.