Double Celebration today. This post on a Paris book and an Announcement. TA-DA! I am launching a photo e-book  on Barnes and Noble for your Nook.  I have expanded and converted my blog post called Ten Places to Eat Cheap(er) in Paris into an e-book. Check it out. (And if you read it, how about giving a review and rating?) Thanks.

Book: Paris Was Ours: Thirty-two Writers Reflect on the City of Light,  Edited by Penelope Rowlands. (NEW February, 2011)

Paris leaves deep impressions on most first-time visitors, but not all of them can express themselves with the grace and wit of the writers gathered by Penelope Rowlands. Paris Was Ours

gives us essays by thirty-two writers, mostly Americans, few of them household names, look back at their first experience with Paris.

Because several of the essayists went to Paris first as students, there is a sameness to many stories.  Eating cheap, living in working class neighborhoods, traversing the Latin Quarter and the Luxembourg Gardens echo through several of the tales.

You can dip into the pages as you have a leisure moment, and come away with a bit of new information about Paris through the eyes of an outsider. Are the French cruel to their children? Where can you eat really cheap? What are the landmines for someone learning the language? How do the French education system, the health system, or the job market work? What is the French attitude toward money, love, strangers, prepared food, or scarves?

Among the writers I immediately recognized were David Sedaris, author ofMe Talk Pretty One Day

and David Lebovitz, chef and author of The Sweet Life in Paris, which I reviewed here. 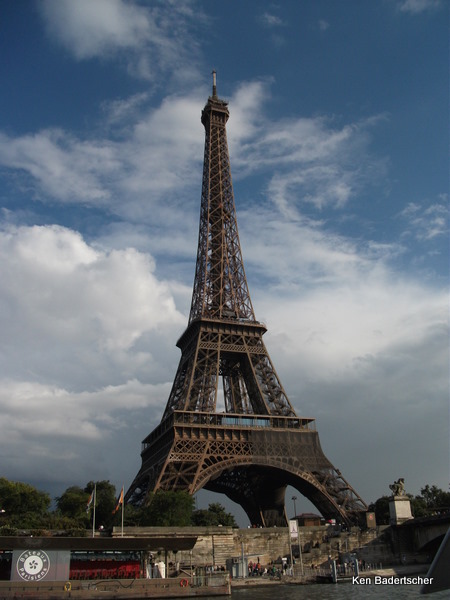 I particularly enjoyed the work of

The variety means there is something for everyone here, but of course it also means that there are entries that you are not going to warm up to. Nevertheless, I’d recommend Paris Was Ours for the France shelf of your traveler’s library.

This book makes a nice way to celebrate Bastille Day, which will descend on Paris complete with fireworks and parades. I thank Holly Tucker and her blog,  Wonders and Marvels, because I WON this book from them (Just as YOU CAN WIN the book on African Wildlife Photography that I discussed last Monday).  Ken and I hold the copyright to the pictures used in this post, and we ask that you not reuse them without permission. Some books mentioned in the post are linked to Amazon for your convenience and my small profit.

If you were going to write an essay about your first experience in Paris, what would you focus on? If you really want to write that essay, Rowlands provides a place on the Paris Was Ours web page.