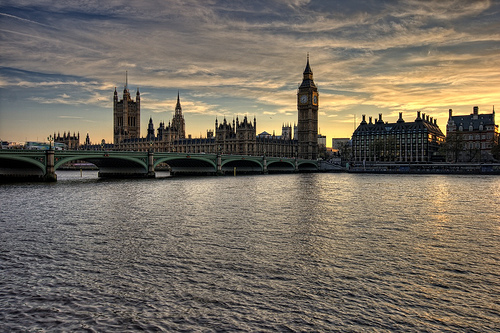 Destination: England, and in the  U.S., Cambridge MA and the Southwest, including Shakespeare, New Mexico.

Book: Interred With Their Bones (2007) by Jennifer Lee Carrell

I have watched Tucsonan Jennifer Lee Carrell‘s writing career as she progressed from a Smithsonian internship to local theater reporting in Tucson, to a best selling book on the Plague and then created two mystery novels featuring a Shakespeare scholar.  But for a bunch of feeble reasons, I had not yet read her Shakespeare mysteries.  When I ran into Jennifer at the Tucson Festival of Books this year, I realized I really needed to get the books–now out in paperback.

Jennifer told me that she had given a talk at the Festival of Books about using her books as a guidebook for travel to the destinations mentioned in the book, and that idea fascinated me. In fact, I’m hoping that we can coordinate a guest post here at A Traveler’s Library so that you can hear what she had to say last March in Tucson. But meanwhile, I wanted to share  Interred with Their Bones (Kate Stanley)

, the first of her Shakespeare mysteries.

Kate Stanley, her heroine, is an American Shakespeare Scholar who is in London directing a play in the replica of the Globe Theater, when the Globe burns down and her academic nemisis, Rosalind Howard dies in the fire. It does not take long for the Shakespeare experts to figure out that the Globe burned on the same date that Shakespeare’s Globe burned in 1613.  What does it all mean? Why did it happen? Who is the shadowy figure who seems to be pursuing Kate across London?

Her search to untangle the mystery takes her to a historic mansion north of London, to Harvard’s Shakespeare library in Cambridge, and finally to the Southwestern United States.  Along the way, Carrell utilizes her knowledge of the theater, particularly Shakespeare, and her knowledge of academia–the nastier components of self-importance as well as the actual importance of uncovering facts from dusty old sources.  You do not need to know anything at all about Shakespeare to enjoy the mystery, but on the other hand if you do, you’ll get a few chuckles from the way that scholars go ga-ga over the subject of finding Shakespeare’s “lost plays,” not to mention the violent (and in this case deadly) arguments about “who really wrote Shakespeare.

Carrell’s book has been compared Dan Brown’s, The DaVinci Code–as is most any complex mystery founded in historical details. However there is an enormous difference. Dan Brown, as we found out in Decoding the Lost Symbol, plays fast and loose with the truth.  Carrell, ever the scholar, helpfully explains in an author’s note where she drew the line between fact and imagination. The action comes at a rapid pace, the question of whom Kate should trust becomes increasingly complex and the reader flips through the pages hoping to help save her life and help divide the bad guys from the good guys.

Meanwhile, we are walked through Kate’s London and the campus of Harvard University, then travel to another part of the world Carrell knows intimately–Arizona and New Mexico.  Interred With Their Bones is great fun to read, and I’m looking forward to the next book in the series, Haunt Me Still (2009) (These books both have different titles in Britain. Why DO they do that?)

I’ll save comment on the locales until Jennifer comes and explains that aspect of her books herself. But I must admit I envied Kate and her ability to move effortlessly between continents. Well, maybe not effortlessly since she seems to be in danger and wind up the center of havoc wherever she goes. So if you’re inspired by these mysteries to travel to the land of Shakespeare, stay out of those nasty academic disputes!

An E-Book DEAL for England traveler’s

Meanwhile, lucky you, if you are planning a trip to England! Not only can you use Jennifer Carrell’s books as a guide, but Lonely Planet has just released a series of e-books for you to take along, and one of them is FREE.

Each of the five ebooks is organized around a different theme of travel in Britain. Recession-busting Britain: Best Free Experiences is a guide to the sights and activities around the country which don’t cost a thing. The ebook includes details of free galleries, museums, child-friendly attractions and historic sites across the length and breadth of Britain and is free to download.

Along with the free Recession-busting Britain: Best Free Experiences, the series includes these ebooks at $4.14 each:

The ebooks are available on Amazon, iBookstore, Nook and from other ebook retailers.

You should know that I have linked the title of Interred with Their Bones to Amazon because I am an Amazon affiliate. That means that even though it does not cost you any extra, I make a few cents when you shop through my links. Please do utilize my links to Amazon when you shop. It helps A Traveler’s Library stay in business. The mention of Lonely Planet Books is not a paid advertisement. I am sharing the information because I think it may help you. The photos are form Flickr, used with Creative Commons License. Please click on photo to learn more.

13 thoughts on “Shakespeare to Die For”