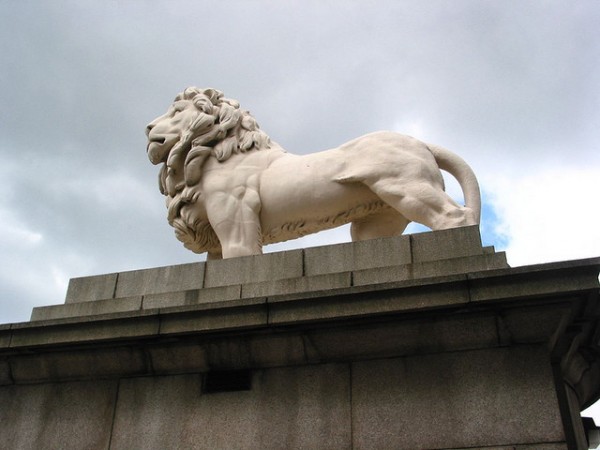 Picture an African El Dorado where the only known metal is gold! Storehouses overflow with it, and coffers are brimming with it.  Roof tiles and cobblestones, cups and plates, buckets and bedsteads all are fashioned from that most intoxicating yellow ore!

Contrary to popular belief, the roofs are not tiled in gold, nor is there a wealth of any kind, that is, what we might comprehend to be wealth.  Most of the jewellry is made from shells, taken from the river, or made from camel bone.  The houses are crafted form blocks of mud, and the majority of the townsfolk live a most squalid existence.

Robert Adams, the American, addressing the Royal African Committee in the novel Timbuctoo

In this new novel, travel writer Tahir Shah bases his beautifully produced book on an unbelievable but true tale of travel.

London society believed that Timbuctoo is literally a city of gold. Before we are too hard on those early 19th century folks, keep in mind that there are places whose names exude mystery–and Timbuktu (as we call it now) still excites travelers, despite the fact that its glory days ended about 400 years ago. (And you may want to think twice about going there right now according to Casey Scieszka. )

The subtitle of Tahir Shah‘s new novel,  Timbuctoo, which in style echoes the verbose and mannered Georgian Regency era, says it all: “Being a Singular and Most Animated Account of An Illiterate American Sailor, Taken as a Slave in the Great Zahara and After Trials and Tribulations Aplenty, Reaching London where He Narrated His Tale.”

So now you know the plot.

Robert Adams, the American accidental explorer is as exotic to London society as the natives of Timbuctoo. And of course, an American is not to be trusted–particularly since he does not go along with their myth of the golden city.

Not satisfied to just create an adventure novel, Shah does a turn at Jane Austen romance, and Charles Dickens’ type social concerns. He introduces features of London society through a myriad of subplots. We see debtor’s prison, Bedlam (for the insane), the popularity of public hangings. “Half the thrill of a hanging was to hear the neck snapping.” Other subplots include stealth autopsies made possible by grave robbers, and of course the passion for exploration of unknown lands.

We also meet some well-known people. Jane Austen makes an appearance and Lord Byron is around quite a bit. “The drawing rooms of London were well stocked with ladies whose hearts had been broken by his charm and by the impressive consistency of his prose.” (Oh to have been in a drawing room where Jane Austen and Lord Byron might have met–and flirted.)

The American ambassador John Quincy Adams has a bit part. We meet George Stephenson, inventor of the steam locomotive, who can’t seem to interest anyone in the concept of traveling on rails in his iron horse.  We see almost more than we can stomach of the self-absorbed hedonist, overweight, foppish Prince Regent George who is waiting for his father, King George III (temporarily mad) to succumb.

This was the great age of exploration, when men (mostly men) ventured into those areas of the map marked “There dragons be” and survived or succumbed to extremes of heat and cold, uncivilized and dangerous tribes, starvation and exotic disease.  Meanwhile, back in London, their colleagues cheered them on, while fretting over wearing the proper cravat, or possibly insulting a lady with a misplaced word. Shah, an experienced explorer of cultures, shows us the contrast of the world of manners and the world of survival of the fittest by packing every page with myriad details.

The printed book– 527 pages printed on heavy paper in the same typeface that was used for the source book from the 1800’s, has that mark of luxury–a ribbon marker. It also includes six large maps that reproduce detailed maps of London originally created between 1790 and 1799. At a scale of 26 inches to a mile the fold-out maps rival Google’s streetview. A folder at the back of the book includes a facsimile edition of an article published in May, 1816 of the original narrative of Robert Adams, upon which this novel is based.

If you are a bibliophile, you may be drooling at this moment.  But consider this: even should you decide to save $47.01 by buying the Kindle edition of TIMBUCTOO

Interestingly, the traveler looking for a book about Timbuktu, will find instead a book that tells us a little about Africa and a great deal about London, included those very detailed maps, which would be a great addition to the traveler’s library.

Does Timbuktu sound magical to you? The recent destruction of World Heritage sites by warring religious factions may have taken away the last bit of tourist attraction in that remote city in Mali. What other place names evoke the kind of thrill of the name of Timbuktu?

Disclaimers: The publisher sent me the book for review, but my opinions are always my own.  The photo of the Touareg comes from Flickr with a Creative Commons license, and I urge you to click on the photo to learn more about the photographer.  A link to Amazon in the book cover picture enables you to purchase the book directly and at the same time benefit A Traveler’s Library. Good idea, huh?