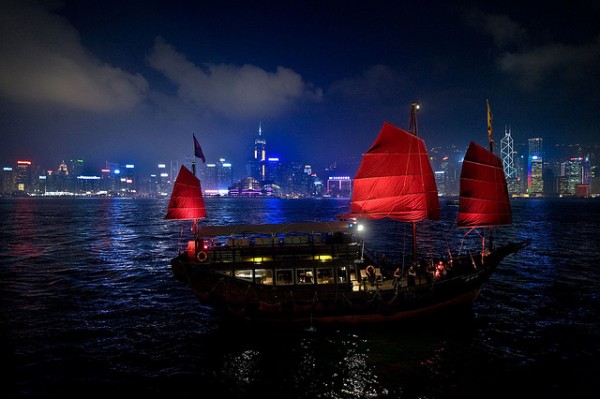 Sometimes jacket blurbs are helpful. Sometimes they just lead to a letdown because they are such oversell. Here’s a jacket blurb from the back cover of this new work by this  novelist, “Readers will discern in Ava undertones of Lisbeth Salander…irresistible.” That’s from The London Free Press. That is definitely overkill.

If you didn’t get the reference, Lisbeth Salander is the offbeat heroine of the Steig Larssen series that includes The Girl With the Dragon Tattoo. Salander seems to pop up as the prime reason that people read the Larssen books. She borders on the bizarre, but boldly refuses to fit into society’s strictures as she applies her sharp intelligence to computer hacking and tracking down horrendous criminals.

Ava Lee lives in Toronto but travels the world to solve crimes. Lee wears conservative clothing (brand names are mentioned repeatedly) and is, by training, an accountant. (Salander, if you need a reminder, wears multiple body piercings and is a computer hacker). Lee is described as a lesbian, however that part of her life plays no role in this book and when it is referred to, it seems to have been dropped in just to remind that she is “different”, since it has nothing to do with the story.  Lee is also a martial arts expert, including some esoteric exercises that make her body a lethal weapon. She finds a few occasions to use those skills, but seems squeamish about seeing people suffer. When it becomes necessary to torture a bad guy into compliance, she enlists a couple of thugs from Hong Kong and she leaves the room while they’re doing the really painful stuff.

Like Salander, Lee is brilliant at solving complex problems, and figuring out what kind of pressures will work on each person she needs to persuade, but I don’t see any parallel the cool reasoning of Lee and the almost manic drive of Salander.

Of course Lucy Liu‘s face pops into one’s head when one reads about an Oriental woman who is a martial artist, but I can’t really imagine  Hollywood interest in a series about this Canadian-Chinese woman and her Old Uncle in Hong Kong who recover money that has been embezzled or otherwise slipped into the wrong pockets. When the violence erupted in the second half of the book, it seemed forced as if someone advised, “Better put some action scenes in here because the spread sheets are getting a little boring.”

Lee is supposedly being pursued by bad guys whom she formerly crossed. They are mentioned sporadically àpropos of nothing, and then finally two goons seem to be tracking her once she’s solved the main crime. But rather than building suspense, and using this as a solid sub-plot where the heroine escapes through her wits and fighting talent, the hit is called off because the boss died in Hong Kong. Probably done in by order of her Uncle–but we don’t get in on that action–just hear about it.

Stylistically, I found the book flat. Instead of a complex presentation we get the same construction over and over–“He was wearing…” “She was wearing….”  And simile and metaphor have been banished from this book, as though by edict.

I could have done with more of the flashes of humor used in describing life in Las Vegas.

When she checks into Steve Wynn’s Resort, the suite’s butler gives Ava Lee a tour of the room with all its fancy accouterments. But..

She was less than enthralled when the butler told her that if she put anything in the room’s mini-fridge it would result in a charge.  She also didn’t like the idea that if she picked up a can of cashews for more than sixty seconds, she owned them. ” As classy as they try to be in Vegas, she thought, there’s always a hint of a tart.”

In fact, the strongest thing about the book is the sense of place developed in each of the multiple destinations. It was hard to believe that Ava Lee didn’t dissolve in a puddle of jet lag after flying virtually around the world in a matter of days, but aside from that, the author has clearly been in each of those cities and gives a sense of each one.

From her home in Toronto, she flies from Hong Kong to the Philippines  to San Francisco and then to Vancouver and Victoria before taking off for London.

I tried hard to like this book, since I generally love mysteries set in interesting locales and generally am friendly toward books with strong female characters, but I personally will not be reading the successors to this book. (As usual, this is only MY opinion, and you may see something entirely different when you read.)

Note: The publisher provided the book for review, but obviously that did not influence my opinion. Pictures used here are used with a Creative Commons license. Click on the picture for more information.  Links to Amazon are affiliate links, meaning that when you use them and shop at Amazon, A Traveler’s Library earns a few pennies to pay the rent.

One thought on “The Disciple of Las Vegas”