Destination: Portugal and Explorations to India

“Master, if you know the sea is crazy and has no brain, why do you venture upon it?” African man to a priest from Portugal who lands on the African coast, according to The Last Crusade.

A friend recently told me that she was looking for a different kind of history book. She wanted one that covered several periods, but built around a single theme with interesting characters and action like a novel. The Last Crusade: The Epic Voyages of Vasco da Gama

, famous explorer from Portugal in the late 15th and early 16th century fills the bill.

Like Round About the Earth (which I reviewed a few days ago), this book by Nigel Cliff is packed with information about explorers we have heard of and some we have not. Like that book, it creates a framework for the great age of exploration–and the characters and their motives are not what you learned in school.

The truth is more interesting than the hero-worshiping legends. What’s more, the story of the Portuguese and their adventurous sailors resonates in our own time, as the author makes clear in his introduction.

Like most of us I was bewildered by the eruption of religious war into our everyday lives, and as I found out more, I realized we were being drawn back into an ancient conflict about which we had developed collective amnesia…

….modern-day Islamists…see their struggle not as one to come to terms with the West but to defeat the West, the rot set in half a millennium ago.  That was when the last Muslim emirate was expunged from western Europe, when Christopher Columbus landed in the Americas–and when Vasco da Gama arrived in the East. 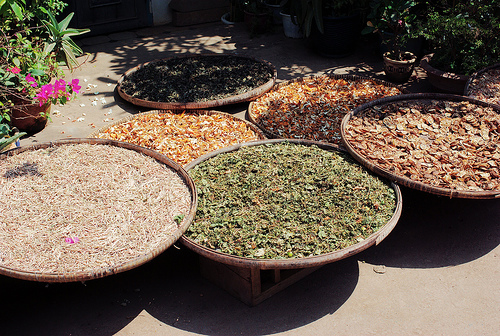 Because his thesis insists that rather than trading missions, the Age of Exploration was fueled by a Crusade to regain Jerusalem, and find the mythical Christian King of Africa, Prester John, Nigel Cliff begins with a condensed history of Islam. I found it to have more clarity and shed more light on the complex subject than a whole shelf full of books on the subject. Then he goes on to explain in detail why the European countries wanted all those spices traded by the East, including some rather surprising uses. The prices were exorbitant, and he Arab traders made up some wonderful tall tales about the difficulty of obtaining the desired herbs and plants to justify their enormous profits.

Next we learn about what was already known about the sailing routes; Christopher Columbus gets a slight mention, and then we move to the main course–the most famous  explorer from Portugal.

Vasco da Gama was a nasty guy. Ruthless, determined to kill every Muslim he came across, full of self-importance with little concern for his crew, he would do anything to get where he wanted to go and accomplish what he set out to accomplish.  And while we’ve all learned that he was sailing to India to establish a trade route for spices–a rather benign goal–as the title of this book suggests, he was actually out to rid the world of Muslims. His cruelty included burning a shipload of men, women and children–a very early example of “collateral damage.” Of course, extra points would be awarded for beating the Spanish to whatever he was about to do.

This book makes clear how dangerous these voyages were, so perhaps only the most ruthless could accomplish the task. The boats were wooden and too small. They had to be virtually rebuilt several times during these explorations that took two or three years, meaning the captain had to find a place where it was safe to land and timber where sailors could harvest timber. (According to Round About the Earth, the  Age of Exploration resulted in the deforestation of Europe as ships demanded old-growth wood, trees tall and straight).The seas were uncharted and longitude had not yet been conquered.  Scurvy, which now seems more like the punch line of a joke, was a deadly malady and no one had a clue what to do about it.

Because the ships were small, they had to land frequently to take on water and food, but since in many cases they were going where no one had gone before, they had no idea whether the natives would help them or kill them. Captains who were more schooled in war than in ships, needed to add diplomacy to their duties. Then they had to be traders and merchants, dealing with wily Arabs who had been trading and selling for centuries.

DaGama and most of those who followed him were severely outclassed in skills of diplomacy and trading, but they had bigger guns.

Afonso de Albuquerque, a successor to da Gama, sailing on the Portuguese King Manuel’s mission to “usher the East into the Christian fold,” had big, bold ideas.  He once wanted to divert the Nile in order dry up Egypt.  He proposed stealing the body of the Prophet Muhammad and exchange it for the Holy Sepulcher in Jerusalem. He was the first European to visit Siam (Thailand) in hopes of making an alliance with the King.

Then Spain outmaneuvered Portugal when Magellan’s ship (minus Magellan and 200 others that set out on the expedition) made it around the globe.  Only 18 men survived, and those odds were not all that unusual for these early sea-going adventures.

King Manuel called Vasca da Gama back to duty 21 years after he had retired from exploration. His last adventure ended with his death in a Portuguese settlement in India in the year 1524, at 55 years old. During his lifetime, Portugal had spread its trading colonies around the world, but failed to eliminate the Muslims or find the mythical Prester John of Africa

While I have visited Spain and seen statues to the inept adventurer, Christopher Columbus, I am yearning to go to Portugal, and would not mind seeing that spectacular bridge and other things commemorating the Age of Explorers. How about you?

(Notes: The publishers provided a copy of this book for review, but I give you my honest opinion. Links to Amazon are affiliate links and any time you use those links from my site to buy ANYTHING at Amazon, I make a few cents to help pay the rent at A Traveler’s Library. Thanks! Photos here are from Flickr.com with a Creative Commons license. See the original of the spice photo and the monument to explorers by clicking on the picture. You can see the others here. Vasco da Gama Bridge; Vasco da Gama Aquarium; Vasco da Gama Statue.)