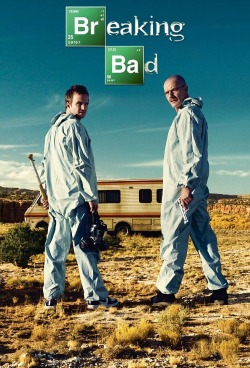 TV shows that inspire travel are nothing new. Entire businesses have been built on tours based on “The Sopranos,” “Sex and the City” and other shows.

Our host here at A Traveler’s Library, Vera Badertscher, who also pens a classic movie column over at Reel Life With Jane, just filed a story about that very topic. “Royal Pains” and “Inspector Lewis” are just a few shows that make viewers want to leave the couch and travel to the place where they’re filmed.

The Albuquerque Convention and Visitors Bureau isn’t dumb. They smell money in that “Breaking Bad” vault, and have thus compiled a self-guided map pinpointing popular filming locations, along with nearby attractions.

In an interview with Local IQ, “Breaking Bad” creator Vince Gilligan noted, “Albuquerque has meant the world for ‘Breaking Bad’ … I can’t imagine the show would be nearly as interesting if it were set anywhere else. Just the cinematography and the look of the show. When I think of Albuquerque, I think of clouds, just those beautiful floating cumulus clouds. The skies. These are skies you just don’t see in Southern California.”

He adds, “You really get the depth and the sense of scale in the desert in Albuquerque. On days when I’m out there on the set, the first thing I do is look out the window. If it’s a day with no clouds, I get really upset! I think about the Sandias and about this great city that I’ve grown to love.”

Local businesses are jumping onboard the “Breaking Bad” train, too:

Albuquerque’s Marble Brewery will introduce Walt’s White Lie and Heisenberg’s Dark Ale this month to celebrate the premiere of the second half of season five (read my episode recaps here).

The Candy Lady, an established candy maker in Old Town Albuquerque, offers “Breaking Bad” Candy selling for $1 per bag. She gets orders from around the world.

Great Face and Body, a local spa product manufacturer, created a line of bath salts called Bathing Bad. The spa also sells a spice line inspired by Los Pollos Hermanos, including seasonings and a new fried chicken batter mix. They’ve introduced a BrBa candy product and also offer a “Breaking Bad” Cooking Class (not THAT kind of cooking) where you leave with your own candy and a bag of Bathing Bad Bath Salts.

Rebel Donuts has three locations around Albuquerque that offer the “Blue Sky Donut” as a tribute to “Breaking Bad.”

Have you been to Albuquerque and checked out any of these tours or products? Tells us in the comments below.