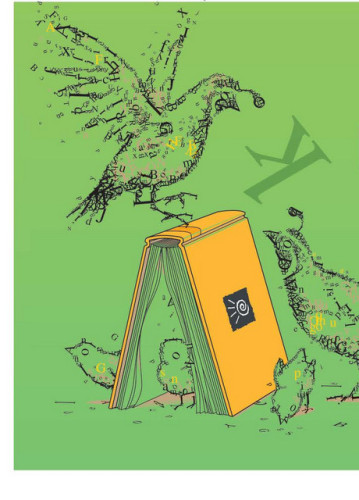 At 10:00 on March 15, 2014, in the Student Union, I waited to see three authors who were entirely new to me talking about memoir.  It turns out that only one of the three thought of the book she wrote as an actual memoir. It was interesting to see how many forms a more-or-less non fiction book based on one’s own life could take.

Being an experienced journalist (she writes about health and technology for the New York Times), and writing other non fiction books, Katie Hafner said, did not mean she was ready to write about her own feelings or explore her own motivations. Her book Mother Daughter Me: A Memoir

relates the year when she brought her aging and alienated mother to live with her and her teenage daughter.  While the relationships are fraught and sometimes very dark, the portions that Hafner related and her own presentation was very funny. I am looking forward to reading this highly lauded book.

In a very different approach, Brent Hendricks, a poet and professor, started by writing poems about a dramatic family event.  He had never written anything as long as a book, but realized that he needed more space to tell the story.  Thus he wrote A Long Day at the End of the Road.

He said since he had started with poetry, he had the imagery, but the challenge to him was to keep a story line going. A road trip became an organizing factor.

The family event? Do you remember the story about the funeral home owner in a southern state who had lied about the disposition of remains? Instead of cremating bodies, they were scattered around his rural property.  Hendricks father was one of those bodies.

A Long Day at the End of the World

tells the story of the desecration, which he calls a disturbed landscape. To tell the full story, he explores the past in his family. It could only happen in the South, he said at the TFOB.  A Gothic horror story must be set in a Southern State. And the South, of course, becomes a prime character in the book as well.  This one may not go at the top of my must read list because it sounds so horribly sad, but I am intrigued by his use of language and courage to jump into telling this real-life thriller.

Justin St. Germain teaches writing and writes fiction.  His book, Son of a Gun: A Memoir

, his first non-fiction, explores the murder of his mother when he was a college student. She was shot to death in Tombstone, Arizona by her fifth husband. Already you can see that her life and death have the makings of some interesting story telling.  Add to that a son’s grief, and his thoughts about gun violence (quiet and understated according to reviews I have read) and you have a book of real substance.

St. Germain said that since he wrote fiction, he had no idea how to do a memoir, so read as many as he could find. He was particularly influenced by My Dark Places by James Elroy. Germain told about how he dug out the story by interviewing dozens of people who had known his mother, learning new and surprising things about her. And learning that no two people remembered an event in the same way. This one definitely goes on my reading list. 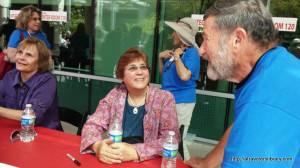 I had reviewed the beautiful Tony Hillerman’s Landscape, but Anne Hillerman has taken a bold step and is extending her father’s popular Leaphorn and Chee series of mysteries set on the Navajo Reservation. It is her first fiction, but she has been a reporter and non-fiction author for her whole life.

Her first book, published last October,  is titled Spider Woman’s Daughter , a title that is appropriate in so many ways, starting with the use of the word daughter.  She wanted to expand on the character of Bernadette Manualito , the female detective whom Tony Hillerman had introduced, but he had never handed over the detecting reins to her. In Spider Woman’s daughter, Anne fleshes out the character, and empowers her to solve a case. And of course, Spider Woman is an important and powerful character in Navajo religion, the mother of the twin warriors.

The real fun was listening to the author talk about how her father worked and how she approached this new task. You can learn more about her launch by clicking on the book cover to go to the Amazon page where there is an interview with Anne Hillerman. I can’t wait to get back to Chee and Leaphorn–and Bernadette.

I suppose I should issue a disclaimer. I knew Susan Cummins Miller even before she published her first mystery novel.  She is a trained geologist, so naturally the heroine of her mysteries is a geologist.  Although her books are published by academic presses, don’t worry that they are dry as stones.  While any geology that is mentioned will definitely be fact checked to the nth degree, the characters and plots are just plain fun.

. But her writing career went in a totally different direction with the publication in 2002 of Death Assemblage

, her first mystery novel. Since then she has published a total of five Frankie McFarlane mysteries and has finished a sixth–each with a geological reference in the title. Her newest book, out next year, is Chasm, set in the Grand Canyon. (Well, its about time! How can you write a geology series and not go to the Grand Canyon?)

, her next to last published book, and giving away a signed copy. UPDATE May 2014: Read the review and learn how to win, here.

Rebecca Eaton, producer of  Masterpiece, and author of Making Masterpiece was presented in the large ballroom in the Student Union Building to talk about “Behind the Scenes at Downton Abbey.”  I had read Making Masterpiece and know the moderator, Tucson author Jennifer Lee Carrell, but I was delayed on my way over to the Student Union and thought I would be too late.  When I got there I saw about 25 people in line at the door–which looked odd, since the lines generally snake around the building.

Then I discovered that the volunteers had handed out “tickets” to people in line until they had used up the 600 that the ballroom seats. Once those people were seated, if there were empty seats, the latecomers would be seated. In fact everyone in the late line wound up getting in, because enough people dropped out after getting a ticket.

There were film clips–the same ones we see during breaks on PBS– and the discussion covered nothing that was not in the book I had already read or in conversations on PBS.   I felt that I had wasted that precious hour. I could have hit the food tents. (Next up–my afternoon on Saturday.)

2 thoughts on “Tucson Book Festival 2014, Where the Authors Are Part I”