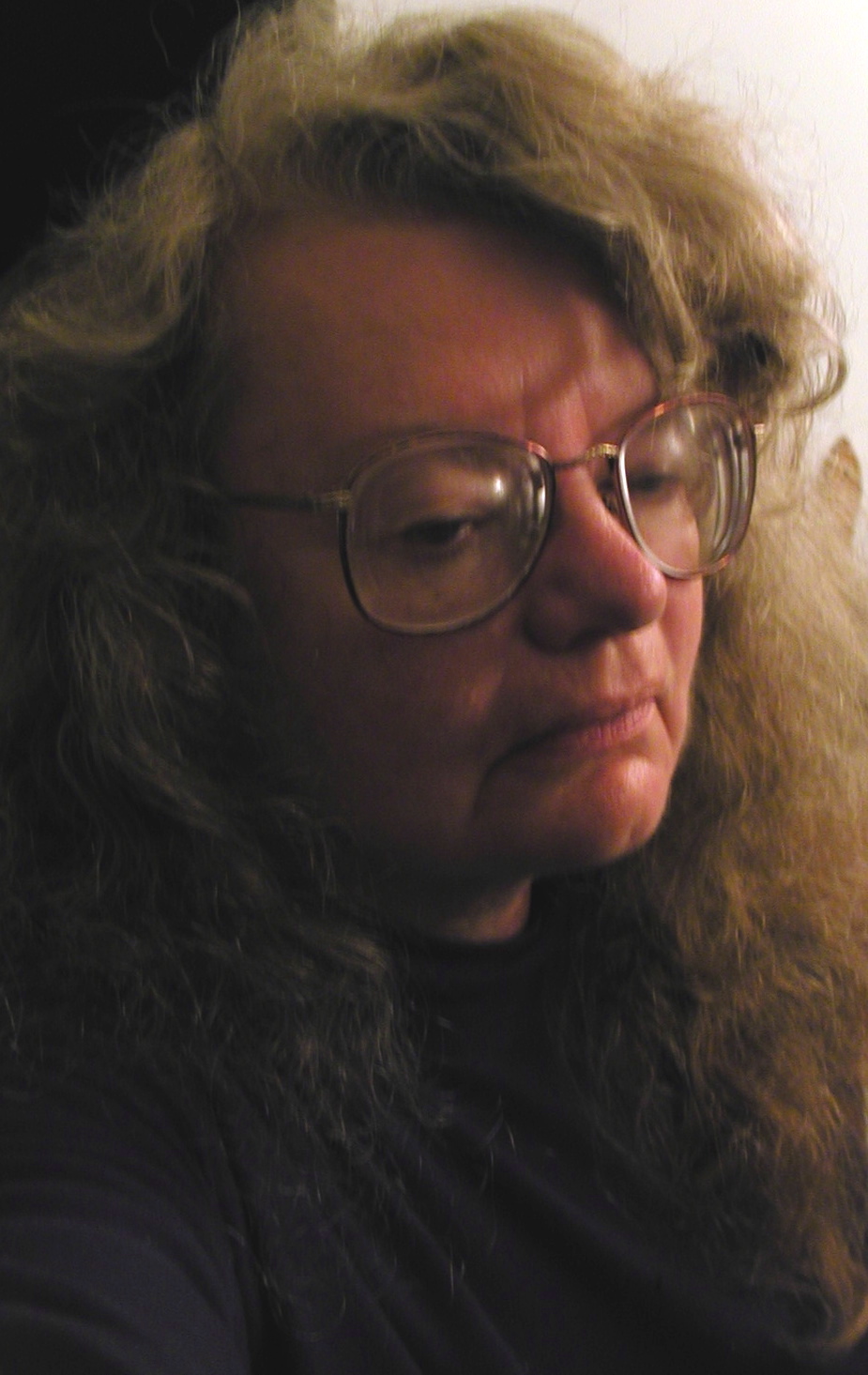 A sun filled kitchen in Nashville, a midnight singing session in Glasgow, the mist covered mountains of Donegal, historic Club Passim in Massachusetts: these are  a few of the places Kerry Dexter has followed folk, country, classical, and Celtic music and the work of singers and songwriters during the last two decades. Music and poetry are always part of her travel kit.

Kerry writes about music, arts, and humanities for publications including National Geographic Traveler, Ireland and the Americas, Strings, CMT, Perceptive Travel, and  Wandering Educators. Her blog  Music Road has been recognized by the Weblog Awards and the Irish Blog Awards, and featured in Poetry Ireland and Intelligent Travel. She is working on a book about Irish music and a cookbook that features recipes from Americana musicians.

The most beautiful place I’ve seen described in a book: the Highlands of Scotland, in My Heart’s in the Highlands,  a poem by Robert Burns. It has also been set as a song.

Places I have not yet been but would like to go: Moscow, Salzburg, Ann Arbor.

Learn more in this interview with Kerry. Contact Kerry through her blog at Music Road. See all of Kerry’s posts at A Traveler’s Library by putting her name in the search box at the top of the right-hand column. 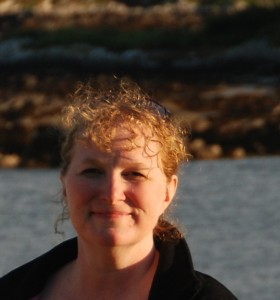 Jessie Voigts, pictured here in Ireland, is a mom who loves sharing the world with her daughter. She has a PhD in International Education, and is constantly looking for ways to increase intercultural understanding, especially with kids (it’s never too young to start!). She has lived and worked in Japan and London, and traveled around the world.

Jessie is the publisher of Wandering Educators, a travel library for people curious about the world. She founded the Family Travel Bloggers Association, and the Youth Travel Blogging Mentorship Program. She’s published two books about travel and intercultural learning, with a third on the way. You can usually find her family by water – anywhere in the world.

The most awesome place I’ve seen described in a book:  The highlands of Scotland. After reading about it for years and years, when I finally arrived, I felt like I was home. The natural beauty, rugged location, and people and history still amaze and inspire me.

Where I have not been but would like to go: Penang, Malaysia – for the culture, food, and warmer weather!

Learn more from this interview with Jessie. Contact Jessie at  jessie (at) wanderingeducators (dot)com See all of Jessie’s articles at A Travelers Library by typing her name in the search box at the top of the right-hand column. 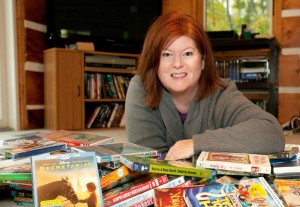 Jane Boursaw is an entertainment writer whose work is published by hundreds of newspapers, magazines and web sites, including Variety; Family Circle; Ladies’ Home Journal; Woman’s Day; USA Weekend; Parade.Her syndicated family movie and TV columns, based at Reel Life With Jane, give readers the inside scoop on what’s new on the big and small screens.

She’s a contributor to TV Worth Watching, a featured guest on TV Confidential’s radio show, and a member of the Television Critics Association and American Society of Journalists and Authors. As an editor for AOL’s TVSquad.com, staff writer for Popeater.com and Moviefone.com, and family movie critic for Kaboose.com and iVillage.com, Jane is a trusted resource for trend pieces, newsy entertainment stories, fun interviews, and in-depth op-eds.

Where I haven’t been, but would like to go, and the movie that made me want to travel:

I’d love to go to Skopelos, Greece, and see where Mamma Mia was made. In particular, the Agios Ioannis Chapel, where the wedding was filmed. It’s a dreamy little church that sits high atop a cliff with stairs winding up to it.”

Learn more in this interview with Jane. See all of the articles Jane has written for A Traveler’s Library by typing her name in the search box at the top of the right-hand column. Contact Jane at jboursaw at charter.net 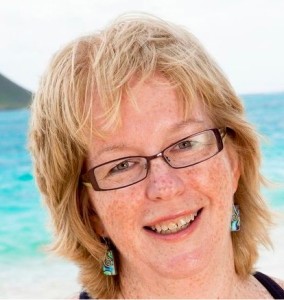 Powell Berger’s wanderlust took her from her Mississippi roots to Washington DC for a career in politics, until soon after 9/11, when she traded her power suits for beach sarongs and migrated again, this time to the sandy beaches of Kailua, Hawaii.  She still calls Kailua home, but spends much of the year on the road with her two teens, “roadschooling” around the globe.

Their travels have taken them through almost fifty countries across five continents (with Africa and Antarctica still on the bucket list).  They’ve been found bathing elephants at Sunrise in Laos, swimming with whale sharks in western Australia, and struggling to decipher the oddities of French washing machines in Europe. They’ve been successful at two of the three.

Powell’s a freelance writer and consultant and Editor-in-Chief of Travelati, a crowd-sourced, literary magazine for the travel obsessed. Her writing has appeared in the Honolulu magazine InsideOut, Travelati, Full Grown People, and various blogs and websites.  She is currently working on two writing projects, a book about their family roadschool adventures and a novel grounded in the mysteries of her native Mississippi.  Every July, Powell and her teens can be found in Paris, where Powell is a Program Fellow at the Paris American Academy Creative Writing Program.

Our first roadschool adventure took us to Australia, and Bill Bryson’s In a Sunburned Country was my inspiration and constant companion.  It is so funny that once, when reading it in a bar waiting for a friend, I was asked to step outside to not disturb others with my hysterical laughing. The other travel bible in my arsenal is Rolf Potts Vagabonding: The Art of Long Term Travel. Rolf’s sage counsel helped me overcome doubt and trepidation and just get out there, trusting myself and my instincts.

Places You Still Want to Go

The entire continent of Africa, which is the problem because I can’t narrow it down enough to put together an extended adventure.  I’m also longing to get to India, Bhutan and Antarctica. Oh, and the Galapagos Islands!  I’ve also never been to either of the Dakotas and feel like that’s a gaping hole in my US adventures.

More information about her family travels can be found at Family Vagabonding. Check out Powell’s writing world and contact her through her professional site.

By the time she was 21 years old, Pamela Douglas Webster had visited more countries than states. Completing her undergraduate history degree in Europe gave Pamela a sense of perspective and saved her a boatload of tuition.

Over the years, Pamela has developed a fascination with travel without combustion. She doesn’t own a car and a bicycle is her primary form of transportation. Realizing she can go only so far on foot and by bike, Pamela recently took up sailing.

When she’s not fantasizing about hiking the Appalachian Trail or trekking in Nepal, Pamela helps people buy their first homes as a nonprofit housing counselor. She also writes the blog, Hands on Home Buyer.

At A Traveler’s Library, Pamela will explore the joys of travel with pets. Her other blog, Something Wagging This Way Comes, contains her musings on dogs and their people. Her latest explorations involve teaching Honey, her Golden Retriever, how to travel in a bicycle trailer.

What is the most travel-inspiring book or movie you have found?

I guess Lawrence of Arabia. I’ve not yet visited the desert. And the deserts depicted in the film are forces of nature, like the ocean or space. They are beautiful and amazing. And very, very dangerous. I can’t think of any place that that is more enticing and frightening at the same time.

What is the favorite trip you have taken with a dog?

My favorite trip with a dog is camping on Wellesley Island in the Thousand Islands Region of New York State. You have to explore this region by boat and boating is a very dog-friendly form of travel. Something about being able to hose off every surface makes it unlikely anyone will be bothered by dog hair. 🙂

Learn more about Pamela in this interview. See everything that Pamela has written for A Traveler’s Library by typing her name in the search box at the top of the right-hand column. Contact Pamela at somethingwagging@gmail.com

This site uses Akismet to reduce spam. Learn how your comment data is processed.