Book: Memoirs of a Geisha by Arthur Golden

I have never been to Japan. The country has always mystified me. The elaborate rituals, the complex rules for gardens and for tea ceremonies. And mostly the tradition of Geishas.”What’s with that?” this feminist wondered, as I observed movie depictions of Geishas mincing around and bowing and serving.

Because Geishas are exotic creatures to Western eyes, we tend to see more of them than of other parts of Japanese society, historic or present. By that I mean they appear in books, musicals, movies and advertisements probably more than their numbers justify. Just as gunslingers and dancehall girls represent the early 19th century western United States to large parts of the world, although plain old farm families, hardworking ranchers and miners existed in larger numbers.

At any rate, I absolutely loved the book  Memoirs of a Geisha, for giving me the kind of meaningful detail of Japanese  culture that had been glossed over by other depictions. Besides, it tells a compelling story and makes you care deeply about the characters. The book is written with such detail that I felt I had already seen all the scenes, but the movie added a few more details of Japanese architecture and fashion that I could not create in my mind.

Combined, the novel and the movie might  make me want to travel to Japan—but not to become a Geisha. Did you see the movie and read the book? Which did you prefer? Would you like to be a Geisha?

For more about Japan, see this about children’s books or this about unusual experiences in Tokyo.

Book: Khayelitsha – uMlungu in a Township by Steven Otter

(While the book David recommends is definitely not a travel book, it will add deeper understanding to your travels in South Africa as Steve Otter experiences the township life as few tourists ever will.) END_OF_DOCUMENT_TOKEN_TO_BE_REPLACED 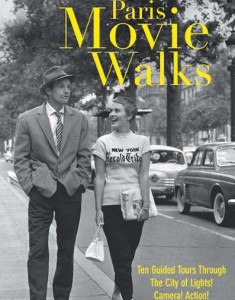