Are you ready to shop for some good summer reads? 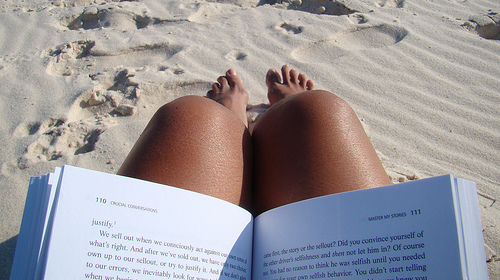 What is a “summer read” or a “beach read,” anyhow? For travelers who read, it probably involves

Here are some that I’ve read that I think meet the criteria, starting with two romance adventures by British writer Lucy Clarke and then a new book in the Anna Pigeon series by Nevada Barr.

A Q & A with the author in the back of the book A Single Breath, show why Lucy Clarke writes good books for travel-reading.

Q According to your author bio, you and your husband spend your winters traveling.  How does travel inform and inspire your writing?

A:  There is something about slinging a few belongings into a bag and heading off on a plane, train, or ferry that gives me the most incredible sense of freedom.  The break from routine, the stepping out of one’s ordinary world and into another, is surely good for the sould…I’m intrigued to see how characters behave outside the usual parameters of their daily lives.  Routine can be limiting, so I like to explore what happens when a character is taken out of their comfort zone and dislocated from their family and friends.

Swimming at Night, by Lucy Clarke (2013 in U.S.  Released in G.B. as The Sea Sisters.) [Destinations: Australia and Bali]

Both these books, romance-adventures, start with a death of someone close to the main character–in this case a sister dies in far-off Bali.  Coming to grips with the death of her sister Mia, Kate, the “sensible” sister, finds it hard to accept the conclusion that it was a suicide. Mia was the wild, sea-loving sister who found London stifling. Uncharacteristically, Kate, who thrives on routine in her London office job, grabs her sisters travel journal and her worn backpack and sets out to trace Mia’s steps from England to California, Australia and Bali.

Using the journal as a guide to the journey as well as a guide to understanding the complex relationship between her and her sister, Kate discovers things about herself as well as about Mia. Three men provide the romantic partnerships–one for Mia, one for Kate and one for both of them.

Clarke, who travels with her husband, a professional wind surfer, excels at description of the sea and the seaside. The pace is swift, the characters endearingly complex, and despite the fact that I am not a big fan of romances–this one had enough adventure and suspense that it kept me turning the pages.

In A Single Breath, the death is of the protagonist’s husband, and while the relationship may not resonate with everyone as strongly as that of the loss of a sister, it contains the same ingredients of romance and family secrets revealed in an exotic locale as does Swiming at Night.

A Single Breath is set in Tasmania.  Now there’s a place that you don’t often get to visit in a novel! Eva and Jackson live in London until he suddenly disappears.  Wanting to know more, she flies to Australia with a very good friend and takes the ferry to a small island off Tasmania where Jackson grew up.

There she meets his father and his brother and learns things about her husband that catch her (and the reader) by surprise. Reminders of her romantic days with Jackson are not enough to spice up the book, so we have the added frisson of an attraction to Jackson’s brother.

Nevada Barr’s Anna Pigeon series follows the adventures of a middle-aged woman park ranger through many of the National Parks in the United States.  Destroyer Angel

, however, takes place on Forest Service land in the deep woods of northern Minnesota because Anna is on vacation. Some vacation it turns out to be!

Barr excels in putting the reader into the location and in creating memorable characters.  Besides the intrepid Anna Pigeon, the cast of characters here includes Leah,  a woman who seems to be close to an Asperger’s Syndrome personality. She designs camping equipment for the handicapped and is really only happy when tinkering and considering engineering problems.  Then there is the paraplegic Heath who is testing new equipment, Heath’s daughter, a capable fifteen-year-old, and Leah’s babyish thirteen-year-old Katie, who Leah has trouble relating to.

Those friends of Anna are an interesting lot, but they don’t hold a candle to the fascinating personalities of the thugs who invade the camp with kidnap on their minds.  Anna is out in her canoe when the thugs appear, so she spends the rest of the novel skulking through the woods in their pursuit as her friends suffer increasingly difficult situations.  The threats to the characters mount in breathtakingly scary incidents piled on hardships inflicted by a cooly evil boss and his henchmen who are varying degrees of stupid and mean.

If you get the book, be warned that it may take you a while to get into it.  All those fascinating characters take some time to get used to, but once the introductory chapters are past, the action never stops.  On the audio book, the reader, Barbara Rosenblat, does a wonderful job of differentiating characters and keeping up with the pace of the book.

You might want to check some of my past recommendations for Beach Reading here and here. And perhaps another summer read here and some tips here.

OR–If you want to read about the specific place where you’re going to travel (and it is not Tasmania, Bali or Minnesota!), check  out the “Where Do You Want to Go?” box in the sidebar on the right (or at the bottom of the page if you’re reading on a mobile device). The drop down list will show you all the places that have been covered at A Traveler’s Library.

Notes: The publisher provided me with a hardback copy of Swimming at Night and a paperback copy of A Single Breath.  Macmillan provided the audio copy of Destroyer Angel. The copies were provided for review with no requirements that the reviews be positive.

Links to Amazon are here for your convenience, but A Traveler’s Library also earns a couple of cents when you order through those links. (Even though it costs you no more.) Thank you so much for your support. 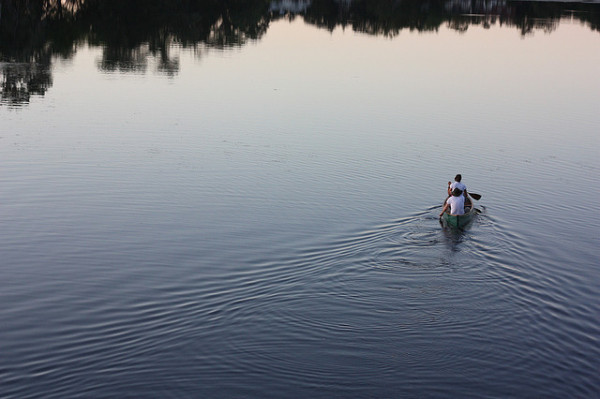 Many families look forward to each summer’s lake vacation.  That is particularly true in Minnesota, “The Land of 10,000 Lakes” and the setting for Vacationland

Don’t go looking for the idyllic summer retreat at Naledi Lodge near the tiny community of Hatchet Inlet in far northern Minnesota. Sarah Stonich gives us some flashbacks to the days when the lodge, always spotless if a bit run down, entertained dozens of people  on lake vacations every summer. However, in the present, not much is left except the lake and the fishing and the memories. While that could make for a depressing setting, instead, the humanity of the characters ends up encouraging and refreshing the reader. (Please note that I am trying to avoid the obvious “life-affirming”.) END_OF_DOCUMENT_TOKEN_TO_BE_REPLACED 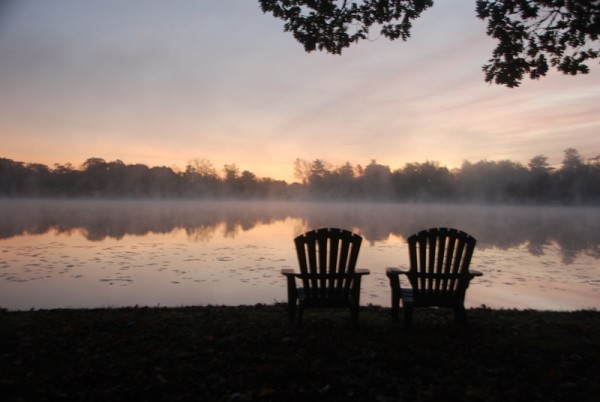 (Note from VMB: World wide, I have spotted places where people go to get away.  In Russia, it is dachas in birch tree woods or near water; in Sweden we visited a summer home made from a farmer’s outbuilding, which turns out to be a popular way to craft a rural cabin; in Italy, people flee to the rows of beach chairs lined up along stretches of sea; in Arizona, we flee to San Diego beaches or northern Arizona cabins; and in the midwestern and eastern United States, particularly, there’s the Lake Culture.  As we say farewell to summer, Jessica Voigts brings us a view of the Lake Culture in Michigan.) END_OF_DOCUMENT_TOKEN_TO_BE_REPLACED