For my monthly column here at A Traveler’s Library, I love scouring the world of cinema for the best movies to inspire travel, whether it’s relaxation or adventure you seek. Here’s a round-up of some of my favorite travel films from 2012: END_OF_DOCUMENT_TOKEN_TO_BE_REPLACED 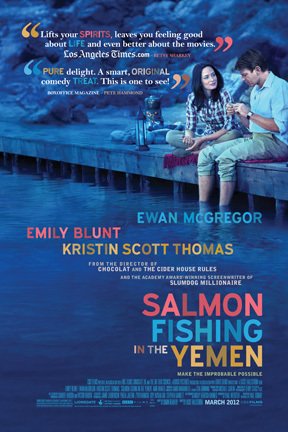 I went into Salmon Fishing in the Yemen knowing very little about it, other than Emily Blunt and Ewan McGregor were the leads, and that it’s based on a novel by Paul Torday. That was enough to get me in the door. Once I got there, I found so much more.

With what I’m about to say, you’d think they’re trying to pack too much into this little arthouse film that’s been gaining steam since its limited release in March. But somehow, it all works in a quiet, subtle way that sneaks up on you and makes you happy you saw this film. Let’s go a little further: 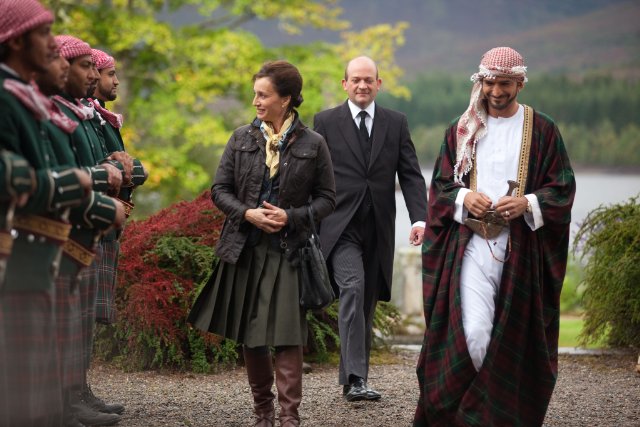 It’s a drama. This movie is as much about human connections as it is about salmon fishing in the Yemen. Emily Blunt plays a British investment consultant named Harriet who’s tasked with carrying out a crazy dream of her wealthy client Sheikh Muhammed (Amr Waked). He wants to bring salmon fishing to Yemen, not only because he loves to fly-fish, but also because it would be a good thing to pass along to future generations. He’s not the kind of stereotypical sheikh you might expect to find on the big screen. He’s insightful, caring and thoughtful. 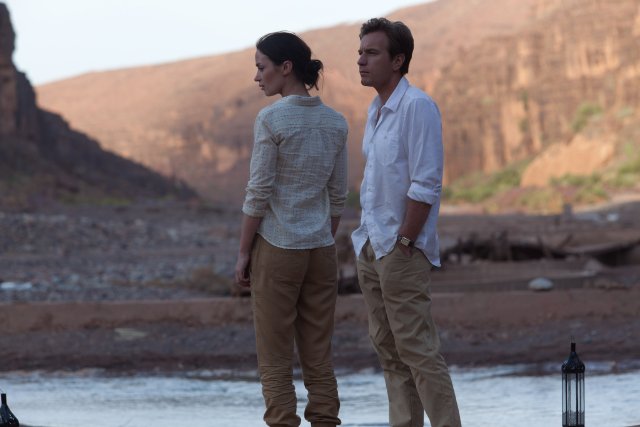 It’s an inspirational story. In case you need a little primer on your geography, Yemen, which is a country located in Western Asia that occupies the southwestern to southern end of the Arabian Peninsula, isn’t exactly the dampest spot on the planet. To bring salmon fishing there, it will cost the Sheikh millions of dollars, the construction of a dam, and a major act of God to marshal all the forces needed. It’s ok, though. He’s a patient man, and once he sees a tiny spark of possibility that it can be accomplished, that’s all he needs. 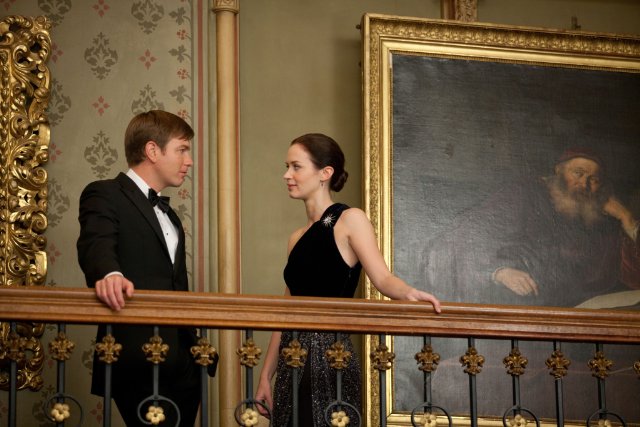 It’s a love story. As Harriet is bringing all the pieces together, destiny intervenes, and British fisheries staffer Dr. Alfred Jones becomes involved in the project. He’s a rather stodgy, by-the-book office worker  who’d rather talk to the fish in his backyard pond than have meaningful conversations with his wife. She heads abroad to a big job, and he heads to Yemen, where he begins to view the world in a bigger way. He also meets Harriet, who’s already told her Afghanistan-bound boyfriend Robert (Tom Mison) that she’ll wait for him to return from war. It’s more of a love quadrangle than a triangle.

It’s a political thriller. Things are tense between the Brits and Arab entities. To smooth things over, Patricia Maxwell (Kristin Scott Thomas), the Prime Minister’s tightly-wound press secretary, latches on to salmon-fishing as a good will story and starts engineering photo ops and chance meetings. The Yemen people are not at all happy about this project, and the Sheikh’s life is in danger.

As you can see, Salmon Fishing in the Yemen is many things, but at its core is the story of several people embarking on an upstream journey of faith and fish to prove the impossible possible. Most of all, it’s just a really great movie.

And the locations are fantastic, with shooting taking place in Scotland and England, with Morocco standing in for Yemen. This may be because Yemeni officials have been wary about allowing any feature film to be shot on location ever since the controversial Italian director Pier Paolo Pasolini filmed several scenes for his 1974 Arabian Nights in Old San’a without telling Yemenis it would have graphic sex.

For more about my love for Emily Blunt, check out my recent review of The Five-Year Engagement.

Photos from the movie are used courtesy of LionsGate.

NOTE FROM VMB: Learn more about Yemen from this author interview with Jennifer Steil and the  review of her book, The Woman Who Fell From the Sky.

Jane Boursaw is a contributor to A Traveler’s Library, writing about her specialty, movies and TV shows. For us, she finds movies that make you want to travel.

A Book for the Arab World in Troubled Times

I wrote this review of The Woman Who Fell From the Sky, one of my favorite books of the year, in June, 2010. Even though Yemen does not make my list of desirable travel destinations, Since Yemen was one of the first countries to experience rebellion during the current unrest rolling across the Arab world, I wanted to revisit it. You will learn to know Yemen, and perhaps understand a bit better what is going on there at the present time as hundreds of thousands of people demand the president step down. END_OF_DOCUMENT_TOKEN_TO_BE_REPLACED